Drying Out Is Fun 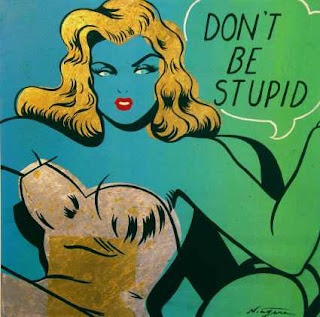 This week the Viper starts the Dreaded Pre-Race Detox Plan. There were so many comments from my poor, concerned readers that I thought I shall further address this topic. Let me start off by discussing what I drink when I'm not drinking.

Bitburger is light enough to qualify as non-alcoholic. I've got two in my fridge and it's still on sale.

You thought I was giving up booze altogether? Did you forget which blog you were reading? Detox simply means I won't be on a bender for the next two weeks. Sadly, though, I will remain relatively undrunk until the race.

That means two weeks to ponder these thoughts that I usually wash away. Two weeks to allow my sorrows to float. Two weeks of being sob ... sso ... sssss ... the filthy S-word.

Sarah and Laura both mentioned their post-boozing PRs. To which I say, see my 5K and 10K PRs. Been there. Done that. Thanks for playing.

New Flavor
After my final long long run yesterday before the Cleveland Half Marathon, I rehydrated with some Flying Dog Tire Bite Golden Ale. This actually isn't new to me, but it's been so long that I forgot what it tasted like and was very pleased to be reminded how good the Flying Dog lineup is.

I first started drinking Flying Dog beers because Ralph Steadman does the cover art and Hunter S. Thompson endorsed the brand and his quote, "Good people drink good beer," adorns the label. It also just so happens that I've rarely been disappointed with their flavors.

Reasons to Drink
Today is not Mexican Independence Day, despite what you gringos think. Yesterday, I was drinking for another regional holiday. However, it was much easier to drink tequila and eat tacos than find something more fitting.
Slurred by B. Kramer at 12:56 PM

Flying Dog is brilliant. Just tried a few of the Anchor Summer beers and have to recommend it to anyone that needs a quick hydration after a long run.

May I suggest a terrific beer to drink after the race... it is called New Belgian, Mothership Wit. You will like it. 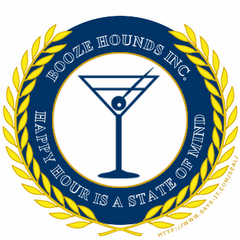 Booze Hounds Inc. is a serious organization for serious drinkers and the proud sponsor of the BHI Running Team. Join fellow boozers on the quest to explore marathon running and marathon drinking. Speeds may vary, depending on hangover.

B. Kramer
A proud father and adult beverage enthusiast and his quest to learn to play old-time music.